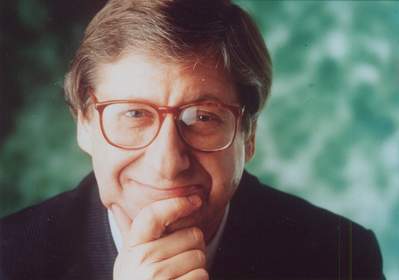 ...At least this time you can get the story straight!...

The author is Associate Professor of Theatre and Film at the University of Kansas.

The Foreword is by the distinguished film critic David Thomson.

"One of the great, and uncompromising, poets of television”     Sight & Sound

TONY PALMER’s vast filmography of over one hundred films ranges from early works with The Beatles, Cream, Rory Gallagher,
Jimi Hendrix and Frank Zappa (200 Motels), to the famous portraits with and about Walton, Britten, Stravinsky, Maria Callas, André Previn, John Osborne, Leonard Cohen (Bird on a Wire), Margot Fonteyn and Menuhin, as well as feature films such as Testimony, starring Ben Kingsley as Shostakovich. His 7 hour 45 minutes film on Wagner, starring Richard Burton, Laurence Olivier and Vanessa Redgrave, was described by the Los Angeles Times as “one of the most beautiful films ever made”. Among over 45 international prizes for his work are 14 Gold Medals at the New York Film & Television Festival (the most recent in 2016), awards from the Jerusalem, San Francisco, São Paolo, Chicago, Sofia, Cuenca and London Film Festivals, as well as numerous BAFTA (British Academy of Film & Television) EMMY, GRIERSON nominations and awards. In 1989 the National Film Theatre in London staged a major retrospective of his work, the first maker of ‘arts’ films to be so fêted. He is also a prize-winning opera director, including the Golden Mask in Moscow, recipient of three Platinum and two Gold records, and was awarded a SONY Prize as a radio presenter. A D.Mus (Hon), D.Litt (Hon) and FRGS (Fellow of the Royal Geographical Society), he is the only person to have won the PRIX ITALIA three times, and in 2014 was nominated for the Glenn Gould International Prize, unprecedented for a documentary film maker. In 2016, he was awarded the Gold Medal of St. Simeon from the Bulgarian Ministry of Culture for services to Bulgarian culture. He is also honorary Professor of East European Cultural Studies at Lesya Ukrainka University at Lutsk in the Ukraine. In 2017 he received the 'Outstanding Achievement Award' at Hot Docs in Toronto, and in 2019 the Stravinsky Prize from Ustilug and the Tschaikovsky Medal from the National Academy of Music in Kiev. He lives in the most westerly house in England, next to Land's End.

Tony Palmer is an internationally acclaimed director of films about performers. He has won over forty international prizes for his work, including and especially television's most coveted award, the Prix d'Italia; indeed, he is the only person to have won this prize three times, and has been honoured by the Italia Prize with a gala screening of his work.

From Cambridge University (where he was also President of the Marlowe Society), he joined the BBC. Following an apprenticeship with Ken Russell and Jonathan Miller, Palmer's first major film, Benjamin Britten & his Festival, became the first BBC film to be networked in the U.S.A. With his second film, All My Loving, an examination of rock 'n' roll & politics in the late 60s, he achieved considerable notoriety overnight.

In 1989, he was awarded a huge retrospective of his work at the National Film Theatre in London, the first maker of arts films to be so honoured. Among over one hundred films are:

Wagner, starring Richard Burton, with Laurence Olivier, John Gielgud and Vanessa Redgrave. "A masterpiece" (The Sunday Times); "one of the most beautiful films ever made" (Los Angeles Times). “A monumental film…a complete work of art…truly visionary” (Der Spiegel). Among many awards, Best Drama at the New York and London Film Festivals, Emmy etc.

A Time There Was, a film about Benjamin Britten and Peter Pears which won the Prix d'Italia. Also a BAFTA award. “The most absorbing film ever made about a composer” (Dallas Morning News).

A profile of Peter Sellers, described by the actor himself as the only documentary ever to approach the truth.

The official 100th birthday portrait of Stravinsky, which won the Special Jury Prize at the San Francisco Film Festival. “A superb documentary which achieved miracles of compression, lucidity and respect” (New York Times).

All You Need Is Love, a 17-part series on American popular music, described by Bing Crosby as "a mighty achievement". “A brilliant authoritative, historical study” (New York Library Journal).

At The Haunted End Of The Day, a film about the composer Sir William Walton, which won the Prix d'Italia.

The Symphony of Sorrowful Songs, about the Polish composer Górecki. Prize Winner, Chicago Film Festival. Platinum CD. Described by The Guardian as "a major work of art in itself".

England, my England, a massive biography of Purcell, starring Simon Callow & Michael Ball, with music conducted by John Eliot Gardiner. It was the last work written by John Osborne and completed by Charles Wood. “Along comes something that looks and sounds like a masterpiece. It will blow you out of your seat” (The Australian). Best Director Award, New York.

Hero - The Story of Bobby Moore, "The most brilliant sports documentary I have ever seen." (The Daily Mail).

Toward the Unknown Region – Malcolm Arnold  which was premièred at the Royal Festival Hall to great critical acclaim ("overwhelming", The Times), and was the first 'South Bank Show' film in 25 years to be shown over two Sundays.   “An amazing film, the most rawly truthful of its kind I have ever seen” (The Sunday Times).

Margot  - an intimate portrait of a great dancer. “A masterful portrait, superlative, told with a thrilling narrative.  An astounding and wonderful film – quite simply, priceless” (The Times).

Mr Palmer's film, The Harvest of Sorrow, a portrait of Rachmaninoff, was premiered at the Royal Festival Hall, the first music documentary film to be shown in London's main concert hall. He had the honour to be asked by the Kubrick family to introduce a major concert in honour of Stanley Kubrick on the first anniversary of his death.

His film on the violinist Ivry Gitlis, sponsored by the distinguished American benefactor Donald Kahn, was first shown at the Prague Spring Music Festival where it was heralded by the Oscar-winning director Andrea Anderman as "the best artist's profile I have ever seen". Another recent film The Adventures of Benjamin Schmid, also a successful collaboration with Donald Kahn, featuring Seiji Ozawa and the Vienna Philharmonic, Hans Graf and Hans Werner Henze, and filmed in Tokyo, Salzburg, St Petersburg, Hong Kong & Houston, was premièred during the 2005 Salzburg Festival.

Tony Palmer’s 1997 film on John Adams is finally released on DVD. Entitled Hail Bop, this critically acclaimed portrait of the great American composer was described at the time as “a thrilling ride by a master film-maker about a master composer”. Also released on DVD is his 1971 film Ginger Baker in Africa, the hair-raising story of CREAM’s legendary drummer and his journey across the Sahara Desert to Nigeria.

Tony Palmer’s recent work includes the only authorized film-biography of John Osborne and the Gift of Friendship, for which he had exclusive access to all Osborne's correspondence and other unpublished work. “Mesmerising, definitive & superb” (The Times).   The Salzburg Festival – a brief history, premièred in Salzburg during the 2006 Festival,  was described in The Independent as “a powerful and riveting epic”. And on New Year's Day 2008, his definitive film on Vaughan Williams O Thou Transcendent, the first full length portrait of the composer, was premièred on British television to ecstatic reviews. The Telegraph described it as "the reference point for decades to come"; The Observer said it was a "mesmerising masterpiece"; and the DVD, released simultaneously, was immediately voted DVD of the Month by the BBC Music Magazine

In addition, Mr Palmer has won various platinum and gold albums for the best-selling CDs of the soundtracks of his films. He was a music critic for The Observer for seven years, and has written for numerous international magazines and newspapers, including The Times, The New York Times, Punch, The Spectator, & Life.

He has also written seven books, including:

- A biography of King Charles II

- The Trials of OZ, a study of pornography and the law, which has sold over a quarter of a million copies.

- Life On The Road, a biography of Julian Bream, the guitarist.

- All You Need Is Love, a history of popular music, which remained in the American best-selling list for almost a year.

- Menuhin - a Family Portrait, a biography of the violinist.

Tony Palmer has also directed in the theatre and in the opera house. After a successful debut at the Zurich Opera House with Peter Grimes ("the high point of the season", Neue Zürcher Zeitung), he had a double triumph in Karlsruhe, War and Peace, and again in Zurich with Berlioz's masterpiece, The Trojans ("marvellous" - London Daily Express). In St. Petersburg, he directed the Russian premiere of Parsifal ("world class" - The Times), conducted by Valery Gergiev, with Plácido Domingo. He has also directed in Hamburg, Munich, Augsburg, Savonlinna, Berlin and Helsinki and recently became the first Western director ever to work at the Bolshoi in Moscow.

Parsifal won Best Theatre Production ('Casta Diva') in Moscow, 1997, as well as a 'Golden Mask'. On the West End stage he has directed the world premiere of John Osborne's 'Look Back in Anger' Part Two, Déja Vu. Mr Palmer also presented the BBC Radio 3 Arts magazine 'Night Waves', for which he won a SONY Award for best arts programme.